Free Shipping on all orders above $200

Orders Shipping to the contiguous United States - via Next Day Air

Orders Shipping to Florida - via Ground

Frequently Bought Together:
Select all

We recommend phyto and/ or reefroids for feeding these amazing animals.  We have an in-depth blog post about feeding corals that you can read.

It is also important to note that most of these amazing aquacultured corals are fragmented from corals that have been raised in captivity for at least 3 or 4 generations. This makes these harvested corals hardier than their wild variety cousins. Being fully encrusted, allows them to ship better with less stress when compared to fragile and newly fragmented counterparts.

Ideally, the average Acropora species will thrive in a variety of lighting conditions, ranging from power compacts, VHO, T-5's up to the more intense metal halides lighting. Altering their placement within the aquarium is depended on the lighting positioned in the aquarium, and you must provide at least 3 watts per gallon using one of the lighting systems previously maintained.

These corals have relatively small polyps which equates them being a very poor aquatic predator. Oyster eggs, with a particle size of about 50Âµ, are a good food source for this species.

Virtually all Acropora Coral species are native to central Indo-Pacific and in south central Indonesia region of Bali and can be found all along the lower reef slopes and submerged walls. The genus Acropora is one of the most species-rich of stony coral genera.

Most species of Acropora Corals are green or brown, but a few are a dazzling colored, and those rare corals are prized by coral enthusiasts. Captive proliferations of these corals are widespread in the reef-keeping community. Given the right conditions, many Acropora Corals grow quickly, and individual colonies can exceed a meter across within their natural environment.

The Acropora Coral (Acropora suharsonoi) is a genus of small polyp stony coral found within the phylum Cnidaria family. Some of its most popular varieties of this coral include; the Table Coral, Elkhorn Coral, and Staghorn Coral.

Once this coral has started growing it will require a slow water flow and will require an increase of water flow as their density increases. It is extremely important that you provide your Acropora Coral a high level of water flow, otherwise these corals will be susceptible to infections, caused by the inability of the more dense centre's to build up waste this can become a breeding ground for bacteria leading to various disease problems.

The Acropora Coral is common in shallow reef environments; favor bright light, and a moderate to high water motion. If threatened, many small reef fishes live near their colonies and retreat into the thicket of branches. You might find your tropical fish very at ease sharing a tank with its natural ally.

Depending on the species and location, the Acropora Coral can grow as plates, broad or slender branches. Like other corals, Acropora Corals are colonies of individual polyps, which are roughly 2 mm across and share some tissue, as well as a nerve network.

How to take care 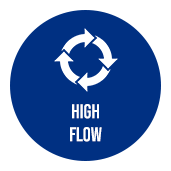 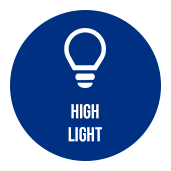 These corals enjoy bright, dual tone lights throughout the day and use it to make food 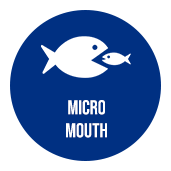 As the coral reefs of the world become more endangered, addressing sustainability is the number one concern among coral growers. AquariumDepot.com has been a certified aquaculture facility since 2011. Since receiving our certification, AquariumDepot has increased the number of sustainable products to the marketplace by 90 percent. We also support organizations like ReefCause.com, who work directly with conservation groups to sustain the animals and their homes.
×
×